Pelayo in the game Rise of Kingdoms is an epic commander with the skills of the cavalry.

a Very good second commander with Cao Cao, if not Minamoto.

In our opinion, the best commander in the game for the cavalry after Minamoto and Cao Cao.

Leveling talent trees should be done in the following order. 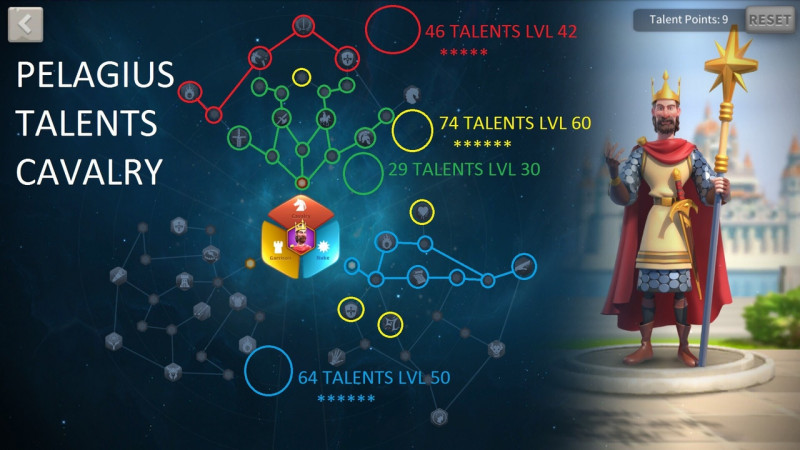 defense of the garrison: 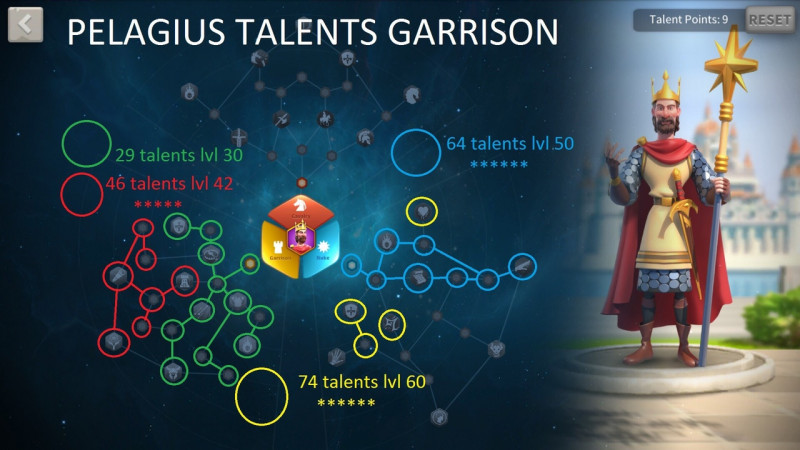 damage in the field: 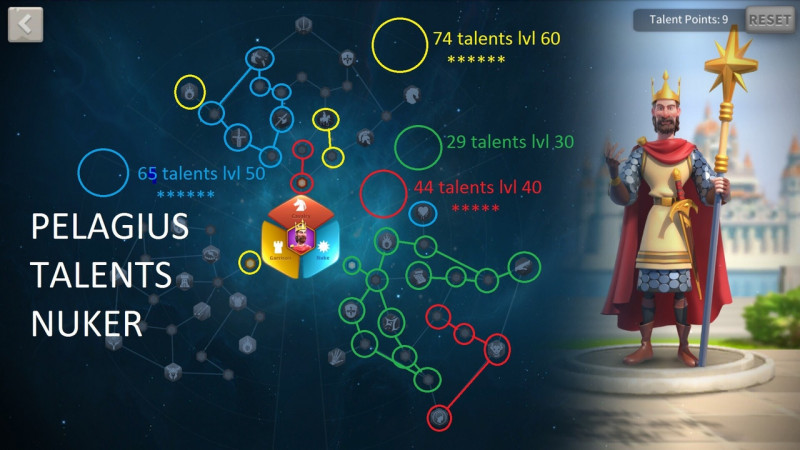