Saladin — the first Muslim Sultan of Egypt, Syria, Yemen and Palestine, the founder of the Ayyubid dynasty and one of the most famous Islamic warriors of all time. He fought against the crusaders during the Third crusade. His confrontation with Richard the Lionheart is particularly famous. In 1187, he defeated the army of the Kingdom of Jerusalem and recaptured the city. captured by the Franks almost 90 years ago. 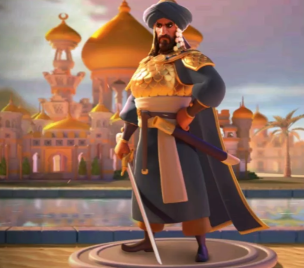 In contrast to the carnage that the crusaders caused after the capture of Jerusalem, Saladin showed generosity to the Christians and Jews who lived in the city. He allowed women, the elderly, and the poor to leave without paying a ransom. Saladin is considered by many to be the ideal of a warrior king, formidable in battle, but condescending to the vanquished. Richard the Lionheart respected Saladin as the greatest and strongest of the rulers of the Islamic world.

In 1192. Richard and Saladin signed a truce. The following year, Saladin died after distributing his wealth to his subjects, but the Ayyubid dynasty ruled Egypt and Syria for many generations. The memory of Saladin still lives in the hearts of both Muslims and Christians.

Active skill-Hold on
Need rage: 1000
Deals direct damage to the target, then reduces the target's speed on the March and reduces the healing effects it receives for 5 seconds.

Passive skill-Generosity
Increases damage to city garrisons. But Saladin's army can not plunder the resources when you attack the cities of other rulers.

Deals direct damage to the target (1700 damage multiplier), then reduces the target's speed on the March by 50% and reduces the healing effects it receives by 50% for 5 seconds.

Within this guide, the only correct Saladin leveling is 5-5-5-1. You will make a big mistake if you open 4 stars before you get Saladin with three fives pumping. The ties of fate skill gives solid bonuses that are undoubtedly worth their sculptures.

how to pump Saladin's talents. The talent tree: My favorite commander, and with him, Takeda. Together, they have a whopping 60% cavalry attack and Cavalry defense. This also allows Takeda to frequently use his active skill due to the Rejuvenation skill, thus increasing the normal damage from the enemy's attack. Takeda's healing and his 4th skill allow Saladin to survive even longer in battles and deal massive amounts of damage over time. 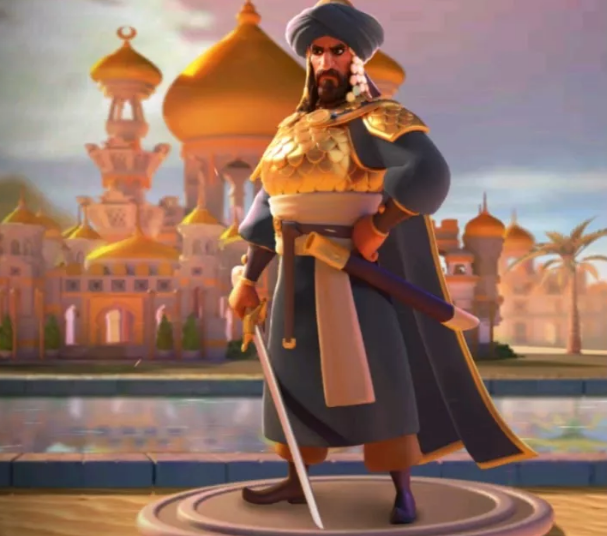