Ishida Mitsunari was a samurai General during the Warring States era in Japan. He commanded the Western coalition forces at the battle of Sekigahara. Mitsunari was born in Omi province (present-day Nagahama) and was the son of Ishida Masatsugu, a vassal of the Azai family. He was known for his loyalty, sense of honor, and gift as a brilliant strategist. According to legend, Toyotomi Hideyoshi (daimyo of Nagahama) noticed mitsunari when He served him three cups of tea during the Chugoku campaign. Over time, Mitsunari became one of the best commanders and one of the managers of the Council of five elders.

Need rage: 1000
For the next 3 seconds, the attack of all troops under the command of Ishida Mitsunari increases and accelerates the set of rage.

the load of troops under Ishida Mitsunari is increasing.

the Health of the troops is increased. If the hero takes the place of the second commander, the damage from active skills increases.

Normal attacks by troops under Ishida Mitsunari have a 10% chance of healing some lightly wounded troops (500 healing multiplier). The effect can be triggered no more than once every 3 seconds.

Ishida Mitsunari in 1-5-1-1 is a sufficient level of leveling for the resource collector. We open 2 stars and hope to get the second skill in 5, then you can stop pumping it because there is nothing interesting in the skills of ISIS.

how to train ISIS skills: 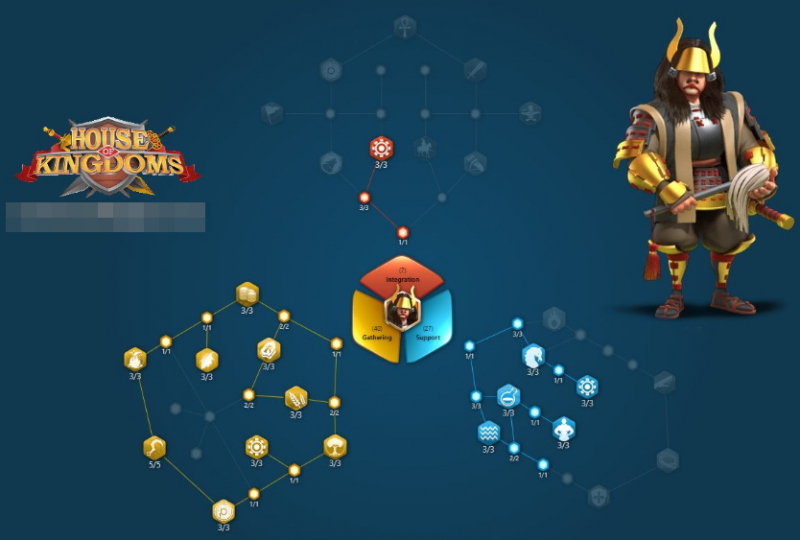