Atilla, or "Atilla the Hun", was a barbarian from ancient Central Asia and Western Europe and the most famous leader of the Huns. He conducted many military campaigns against the Eastern and Western Roman Empire, becoming a real threat to it, and twice crossed the Danube to plunder the Balkans. He also launched a campaign against Roman Gaul (modern-day France), but his advance westward was halted during the battle of the catalaunian fields. Despite this, he will try to attack Italy again in the future. In 452 ad, he managed to capture the then capital of the Roman Empire, Ravenna, and expel the Emperor Valentinian III from it, causing great damage to the Empire. 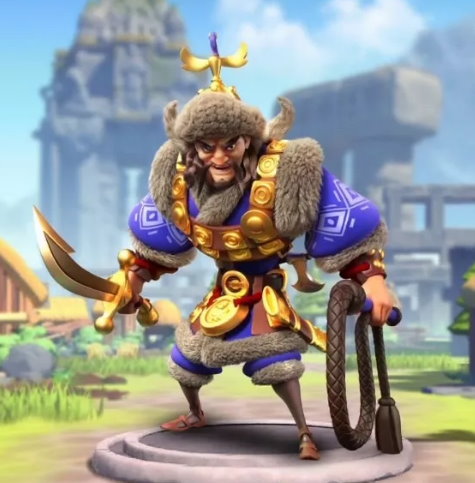 During the reign of Attila, the Hun Empire reached its peak in 448-452. His domain stretched from the Aral sea in the East to the Atlantic coast in the West, from the Danube in the South to the Baltic sea in the North. His vassals paid tribute or sent troops in troubled times. After the death of Attila, his Empire quickly fell apart, which only strengthened his image as a legendary and invincible ruler. In the West, he is considered the epitome of warlike cruelty, and in the North they call him the great Emperor.

Active skill-King of the Huns
Need rage: 1000
For the next 4 seconds. increases damage from normal attacks and counterattacks, while normal attacks have a 50% chance of weakening an enemy attack for 2 seconds. The effect can be triggered once every 2 seconds.

Passive skill-siege of Constantinople
When attacking the garrison, all damage is increased, and each turn has a 10% chance to reduce the garrison's defense for 3 seconds.

New skill: passive-Expert scourge of God
The troops under Attila's leadership are not affected by the effect of silence. If an enemy unit has less than 50% strength, the damage to that unit increases by 20%. Speed on the March increases by 50% for 3 seconds. after exiting the battle.

When you talk about a cavalry commander, we usually look for a massive nuclear active skill. However, we don't find it here in its first skill.

the Increase in normal attack damage + counterattack damage to 30% for 4 seconds is actually very large. Reducing the enemy's attack by 50% is massive.

This is really quite a significant buff debuff for a cavalry commander.

Attila's problem is that it doesn't work without Takeda. Sure, he's still doing his job, but without Takeda, it's easy to kill Him in the field. Takeda with 5-1-1-1 pumping is a good commander with minimal investment, but before pumping Attila, you should pay attention to Takeda. With further leveling, there is a chance to improve the 4th skill of Attila, which is more useful than the previous two, especially when it comes to minimal investment. 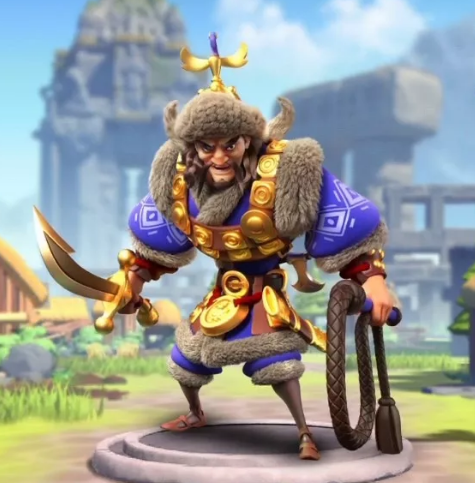