Leveling Beybars hero in the game Rise of Kingdoms

Beybars - epic hero. The most good at the head of the army cavalry.

Has one good feature in the battle with the barbarians - can catch thanks to his ability to an additional army of barbarians, which will not spend the game energy, but all the game bonuses after winning will be credited to the inventory.

Some of the talent to swing the Baybars for the cavalry: 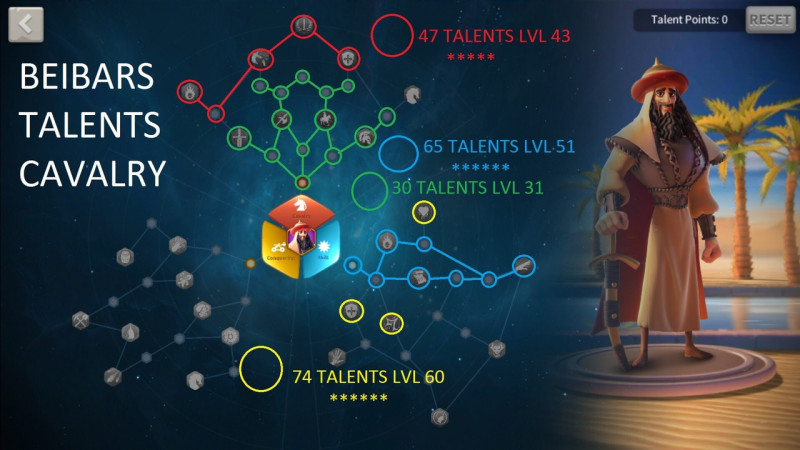 Some of the talent to swing the Baybars damage: 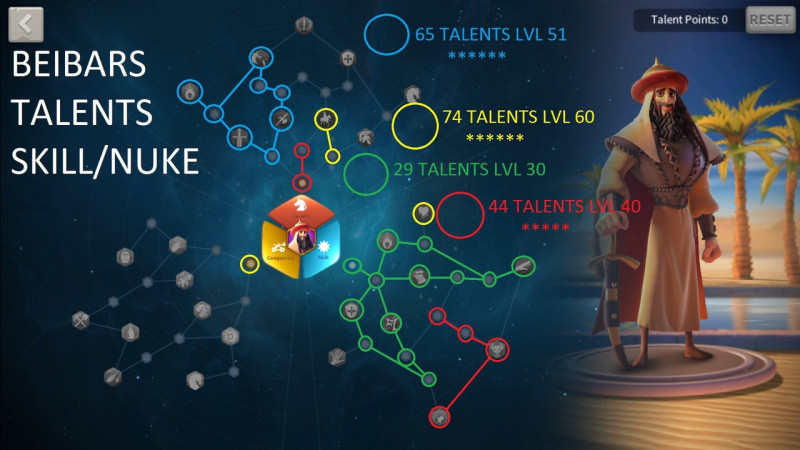